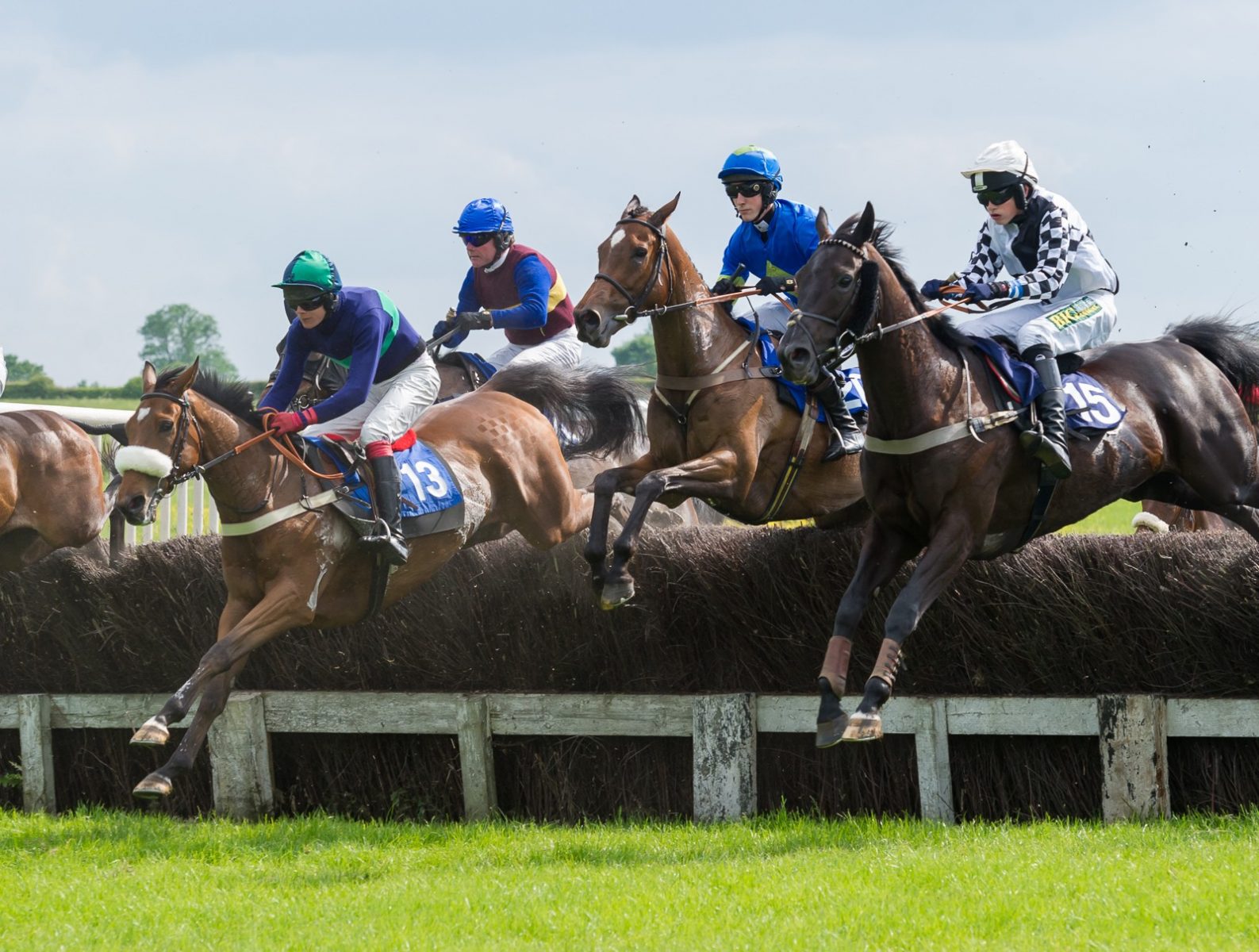 Posted at 07:21h in Horse Racing by nico 0 Comments
Share

106 entries have been taken for a 7 race card at the Belvoir Point- to- Point at Garthorpe on Sunday. The first race time is 1.30pm with the final race due off at 5pm.

The feature NFU Mutual Mixed Open race at 3.15 has attracted 21 entries including Mike Dawson’s dual Hunter Chase winner in 2015 Palypso de Creek who, with 3 course victories to his name, needs no introduction and will take some beating if he lines up. Hey Porter is a dual course winner for Di and Jane Williams and ran third at Dalton Park a few weeks ago on his seasonal debut. Richard Russell’s Gun Money was successful at the Oakley last Sunday and may make a quick reappearance. King High represents Andrew Pennock’s stable and he was a good winner of a Bonham’s Men’s Open at Ampton on his latest start. Colonel Iain may still be on the upgrade; the nine year old has won a Restricted and an Intermediate from two starts this season for John and James Ferguson. An interesting and competitive race looks to be in prospect.

James Ferguson has a good chance of a winner earlier in the afternoon in the opening Barry Owen Memorial PPORA Club Member’s race for novice riders, sponsored by Tor Owen’s Teigh Bed & Breakfast, where he may ride The Rodeo Clown a winner of a similar contest on his latest start at Marks Tey. Life Long is a Ladies Open winner this season and is another with sound claims; he will be partnered by Faye Conway. However, the pick could be Lucy Wheeler’s mount Done A Runner who she rides for Toby Hunt and Alan Hill. This horse won a novice riders’ race on this course at the end of last season and was successful in a novice riders’ Intermediate last time out. The riders of the first three past the post will score points for the Harley Racing National Novices riders’ Championship and the first three horses and riders are eligible for the £1000 Dodson & Horrell PPORA Club Members race for Novice riders Series final at Tabley on Sunday 17th May.

The Belvoir are currently in the lead for the Garthorpe Hunts Member’s race series where Navitron have sponsored a £600 prize for the Hunt with the most points at the end of the season. W. Spence and Son the Farriers are sponsoring the Belvoir contest. Jack Day could ride either Elsafeer who was placed third in the Cottesmore Garthorpe Hunts Member’s race or he could ride Maiden winner Quirky Kirky for Tim Tarratt. Rocky Island won the Restricted race at the last meeting and could line up here or in the later Intermediate race. However, it is difficult to oppose Lough Inch the Cottesmore Novice Riders’ race winner; he won nicely that day in the hands of Kelly Morgan and should win again here.

She’s Real who won the Garthorpe Member’s race at the Cottesmore for John and Tom Chatfield-Roberts is currently the leading mare at the course this season and holds an entry in the Connolly’s Red Mills Precision Nutrition Intermediate race. Since then She’s Real has finished second in a Mare’s race at the Oakley so is clearly in good form. Rocky Island may run here instead of the earlier option and it would be nice to see former meeting secretary James Henderson in the winner’s enclosure; he has Oliver James entered here. However, it is difficult to see past Gonalston Cloud in terms of picking the winner; this grey has won a Maiden and Restricted then finished second in an Open from three starts and should take this race.

The winning horse in the Roythornes the Solicitors Restricted race will qualify for the Subaru Restricted Point-to-Point series final at Stratford on Friday 29th May. There are three interesting entries here from horses that won a Maiden well on their last start. Shutthebackdoor is trained locally by Tommy Morgan and this Charing Maiden winner is a half- brother to Grand National fancy Shutthefrontdoor door. Minerfortyniner was an easy Maiden winner at Godstone earlier this month for David Maxwell and Kim Smyly. Fearthedark won his Maiden at Horseheath easily at 33-1 and is trained by Gerald Bailey; he will be ridden by Alex Vaughan- Jones.

Melton Mowbray tyres are sponsoring the Charles Brown Memorial Open Maiden race over three miles. This race could go to either Black Sambuca who was second at the Cottesmore meeting or Beat The Index who cost 20 000 Euros at the Tattersalls Ireland August sales and finished third at Higham in January.

The final Maiden race over two and a half miles is sponsored by William Bartholomew Party Organising. Haughton’s Bridge looks the pick here; he has been placed second and third this season and represents Andrew Pennock and Dicky Collinson.

This is the second of five meetings to be held at this course in 2015. There will be a good range of trade stands and food outlets plus the new Belvoir bar; the Garthorpe Watering Hole in addition to the Tote and Bookmakers. Appleton’s Funfairs and Rutland Fun Quads will be there to entertain the children. Admission is £10 per person with children under sixteen free. Forward Car Parking spaces can be purchased for £50; this includes the car and all occupants.  Keep up to date with Clerk of the Course Brian Crawford’s news on the “Garthorpe races” Facebook page and on www.garthorpe.com  Garthorpe is situated on the B676, 6 miles east of Melton Mowbray and 7 miles west of the A1.

For those with satellite navigation systems the postcode is LE14 2RS.

This site uses Akismet to reduce spam. Learn how your comment data is processed.

Racing at Garthorpe is supported by